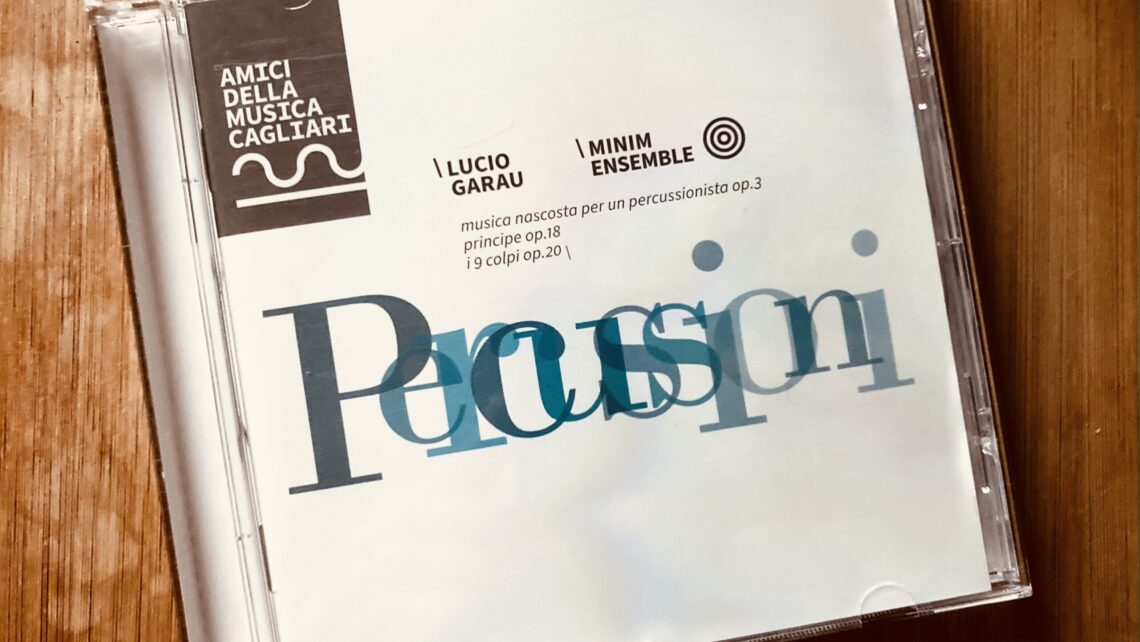 After years of standing-by and a lot of work, the “Percussioni” CD is released for the “Amici della Musica” association of Cagliari, an album dedicated to the never forgotten Maestro ROBERTO PELLEGRINI and recorded by himself with the MinimEnsemble trio (precious initial cell from which the Interzone Quartet and the Interzone Festival of the Cagliari Conservatory would later be born)

A CD of “contemporary” music, interesting, varied and full of ideas, which I personally took care of recording / editing / mixing and mastering.

– “Musica Nascosta per un percussionista” (Hidden Music for a percussionist) for skins and metals, performed by Roberto Migoni

– “Principe” for vibraphone, glockenspiel and 2 metals, performed by Francesco Ciminiello

– (the mythical and now mythological) “9 Colpi” for 3 percussionists who play and sing and electronics, performed by Roberto Pellegrini, Francesco Ciminiello and Roberto Migoni himself.

Receiving the physical copy of the CD last night had its effect on me after all these years of working, re-writing, editing but also of “oblivion” and stasis; also it represents the end of a long “journey” that lasted 11 years, passing through the various recording studio realities around Cagliari, such as the Sonusville in Siliqua, the (now forgotten) Cellino studio in Assemini and the Event in Sestu.

Here the link to the CD site and to all the recently released productions, personally edited in the audio and (in the case of the mammoth work “Launeddas”) also in the video editing.http://www.amicidellamusicadicagliari.it/…/produzioni…/ 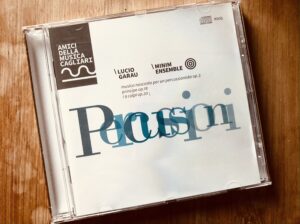 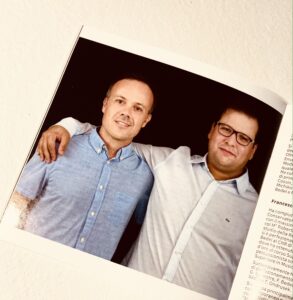 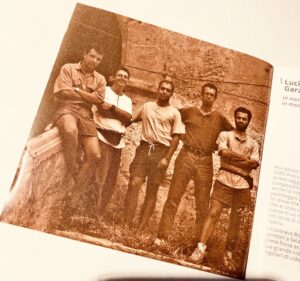