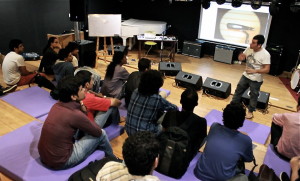 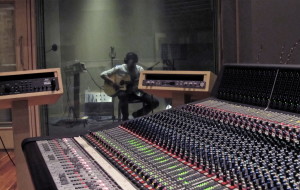 My initial idea was to go to Mumbai (India) for a couple of weeks to learn some takadimi rhythmic method and get some (more) Indian vibe, and that’s what I did with tabla player Alpesh Moharir and guitar player Ravi Iyer; but I also ended up doing two workshops (@ Music Gurukul and @TSM-True School of Music), a little conference in a “music business oriented conference”  open day (in Pune for TSM) and, last but not least, I actually got to meet Koco Kaustubh Dhavale, the guitar player for top indian chart band Agnee.

I ended up recording some nice acoustic guitar tracks and doing a full night (10 p.m. to 9 a.m.) session to mix a single yet to be released in an Indian movie, apparently; it was so great for me to meet Agnee’s other band members, Aditya and Mohan, and to work in probably the biggest studio in India, the Yash Raj/YRF in the heart of Bollywood area Andheri.