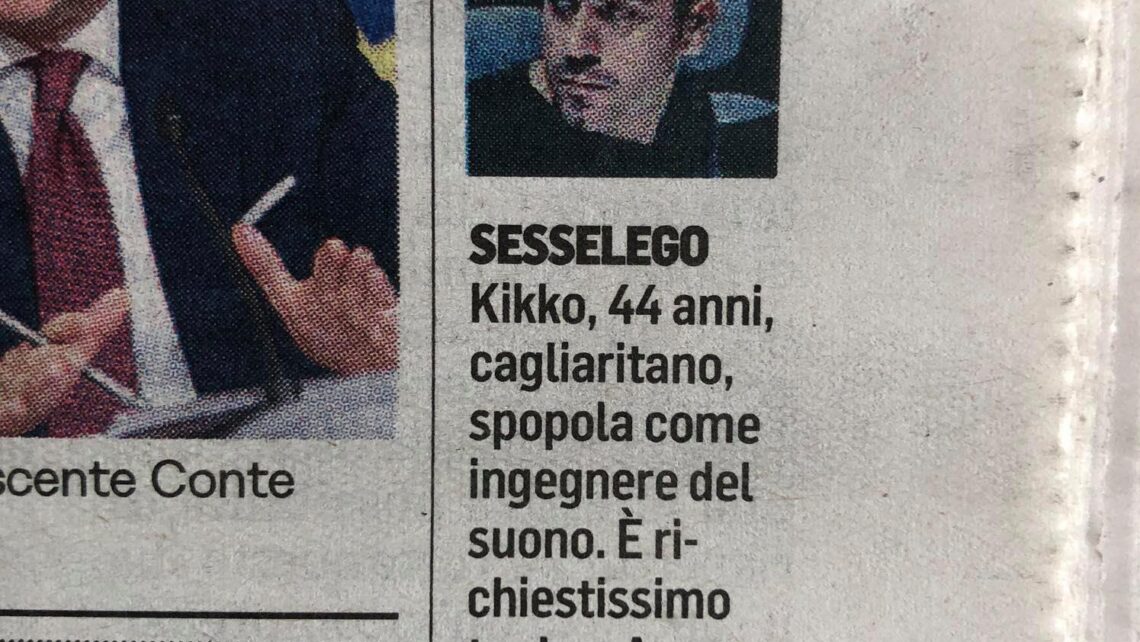 A very nice and pretty long interview has been released on the cultural page of an italian newspaper.

The interviewer, Vanna Chessa, did a pretty good job on compressing a lot of informations (at least a good part of all of them!) spanning 20 years in a half page!

Nice pictures too, one from one of my masterclasses held over the last years at Toho Gakuen recording school (Tokyo), one with all the band and crew of Paul Gilbert‘s last big european/middle eastern tour (with me as FOH) and on stage with Steve Vai, translating his masterclass.

And they also chose -for the front page link to the article- a good cut of a picture taken at Kitty Studio in Japan commissioned for the Italian Institute of Culture of Tokyo (that was a very good day in 2018!)